You are 14 and you make a debut with A.R.Rahman and continue to sing for him in later projects. 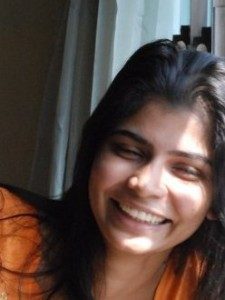 t to have different facets to your career,like a singer, voiceover artist,entrepreneur,blogger,webdeveloper,professional baker…..Welcome to the world of Chinmayi Sripradha, our Inspiration this tyme. The Singer… Chinmayi has a passion for music.She excels in both Carnatic and Hindustani music. At 10 She was awarded a scholarship for being the young talent for Carnatic music and years later she got the Silver Medal from All India Radio for Hindustani music as well.

The Entrepreneur…
She runs a Translations Company called ‘Blue Elephant’ in Chennai,India. It was a once Translation Job that led her to taking it up seriously and setting up Blue Elephant.

Giving Voice…
She not only sings for movies but also renders voice to actors in movies. She has already dubbed for actresses like Trisha, Tamannah, and Sameera Reddy.

On Being Mentored…
The first week of october was spent in the United States participating in Fortune/U.S.State Department Global Womens Mentoring Partnership.She was among 26 women chosen from across the globe.She met Indira Nooyi and Warren Buffet there, and a month later she is still excited about it.What paved the way to the mentorship programme was the Women Entrepreneur of Excellence Award instituted by the SAARC Chamber of Women Entrepreneur Council.

Adding Other Hats…
She’s now become the only musician in India to have a mobile application with her name “Chinmayi Sriprada” of which she was sceptical about it earlier.But now the number of users to this application has exceeded 25000. This application includes her songs,videos,and her updates on Facebook and Twitter.

Inbetween Singing and doing Voiceovers, she has also qualified as a webdesignr and also learnt German.

Whats More, Addiemall is proud to present her as the Inspiration for this month.