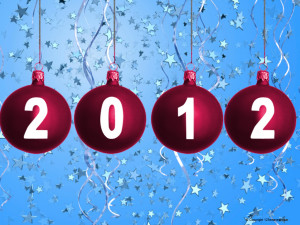 With the advent of new year, a new era begins and with it comes new hopes and new possibilities. Every year teaches us some of life’s most  important lessons, and with that learning we put our step forward into the new year.Lets see a few milestones that 2011 brought us before stepping in, for the coming year.

1. The Indian cricket team made us proud by winning the World Cup this tyme.
2. Anna Hazare started and protested against corruption in India with a massive support of faitful supporters.
3.Prince William wed his long time girlfriend Kate middleton in Westminister Abbey,UK.
4.Al Queida Leader and Terrorist Osama Bin Laden  is finally dead.
5. One of the most watched events will be in New York City,US, where organizers estimate hundreds of thousands will pack Times Square while more than 1 billion people tune in on television.Lady Gaga, Justin Bieber and Drake will be among those performing ahead of the 105th annual drop of the New Year’s Eve Ball, which weighs in at 11,875 pounds and contains 2,688 Waterford Crystal triangles to welcome 2012.
Now is a great time to analyze your accomplishments over the past year and set goals for the year ahead….
With the Increasing level of Inflation over the Globe,Let’s all work towards bringing 2012 on bringing relief on the economic front. And As a New Year Message,
Addiemall wishes Peace,Prosperity and Progress for Everyone.
Addiemall pinpoints that you Love Life, learn to Manage Stress:
Addiemall advises that you make Fresh New Year Resolutions to be Kept up with, that makes you a better person.
Addiemall Finally stresses that you put in efforts to keep up with your values since that forms a Better Society for us.