Add anything here here or just remove it..

Hii People, Greetings from Addiemall.. Hope you all had a wonderful weekend..Do you have any Queries 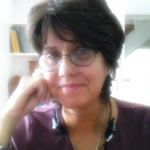 relating to Advertising,Business or Health care. Ask our Guest Expert Nina Ferrell and She is happy to answer to
your Queries. The answers to your Queries will be published in our website www.addiemall.com under the column ‘ask nina ferrell’ **Nina Ferell lives in Pretoria,South Africa and is the Founder of Law of Attraction Club, a Reiki Master(medium),She offers healing therapies to her audience through Facebook,Twitter and her website. She is a Law of Attraction expert and writer.

She is also an Etheric Crystal Reiki healer and Tandem Energy healer with Perenna Fleming..So Post your Queries in the comments column and
she would be happy to guide you.

**Get to Know More about Nina Ferrell:

***Many People have been enquiring about the Facebook page for addiemall so that they can join and recieve instant updates about Addiemails,Morning cup of Inspirations, News about new features etc. We do have links to our Facebook and Twitter pages in the form of plugins at the right hand side corner of our website. For people who would like to Join them and who didnt take note of those plugins, heres the link to our Facebook page and twitter
page,
http://www.facebook.com/pages/Addiemall/104789776271112
www.twitter.com/addiemall.

**The response that Addiemail This week – Mothers Day got was fantabulous. The comments section as a result is overflowing with different opinions like request to add a contribute button, invoke StumbleUpon feature in the blog from readers of various spaces.The number of comments has exceeded 100.We would like to let you know that the Comments column is closed   and Comments anymore will not be entertained due to space constraints in the website.

**Fathers Day passed by…. last week. It is a great time to let your father know you haven’t forgotten him and also show him how much you value and love him.Happy Father’s Day, Dads! Much love and appreciation, from the Addiemall community to you

This… is for you Dad
Dad, your guiding
hand on my shoulder
will remain with me forever.

Hi Folks, Before Getting into Inspiration This Tyme, 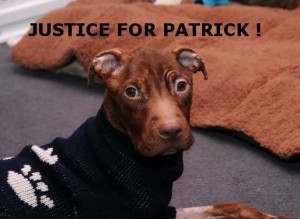 I wish you all out there reading this article a fantastic, fabulous day. This time, We feature the huge establishment and growth of “Patrick’s law movement” within a short span of time,say just 3 months.The Dog depicted to the right is Patrick.
His owner starved him to near death, put him in a plastic garbage bag, and threw him down the garbage chute in a Newark (NJ) apartment building.

On March 16, 2011, against all odds, a maintenance man saw the bag moving and discovered the dog was still alive… Barely.
If the Dog hadn’t moved, even a little, he would have ended up in a pile of garbage. No one would ever have known that he lived or died. And his abuser would never have been caught. The dog now called Patrick couldn’t bark, cry or whimper, but he MOVED!
The maintainence man brought him to Associated Humane Societies (AHS) in Newark.The Vets rushed him 40 miles South to the Garden State Veterinary Specialists in Tinton Falls, NJ. They immediately began vital measures to save this extraordinary dog’s life. Morning came, and Patrick had made it through the night.

The next day was St. Patrick’s Day, and so they named him PATRICK.

But more than survival, Patrick became something much more important.
He became the face of animal abuse to animals lovers all across the country.
People came in mass numbers to show support for this sad skinny little dog and to become a voice for the voiceless in every state. His story was published in vital social media websites and newspapers.Donations started pouring in and his medical care was funded by the huge crowd of  animal lovers in and around USA. The Caretakers used this opportunity to lend out support to all other Dogs like patrick who were subject to animal abuse. They established a Movement in the name of patrick in almost every state in United States of America.

Facebook became a vital social networking tool for spreading awareness and gathering support. Initially, the support came in the form of million likes to the patrick miracle page.
The overwhelming support that came in as a result of social media marketing through facebook led to the grand success of the Patrick’ks Law Movement around most of the states in USA.

The Patrick movement was formed.Today the patrick movement is a umbrella group comprised of 50 states in America and many other vital parts of the world like britain, France, Singapore etc. The Mission of this group is to reform animal cruelty laws at municipal and state levels  and urge the recognition and rights of pet and stray animals.

Success need not come in the form of education or business. Patrick’s Law movement is a success in itself in the form of service to the society
and has opened many doors for animals suffering from abuse and brutality. Its necessary, that the diligent efforts of thousands
of volunteers of an emerging movement be lauded and appreciated.And thats what we are doing at this month’s ‘Inspiration this tyme’.
Help our voices be heard. Spread the word….Thank you all who are reading and sharing this article.

“Advertising is fundamentally persuasion and 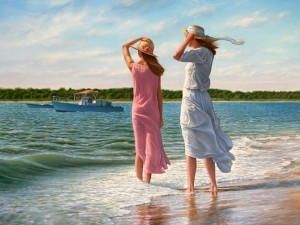 persuasion happens to be not a science, but an art. – William bernbach.Addiemall here strives to make your process of advertising enchanting,reachable and profitable.Howdy Addies..I can see a lot of readers subscribing to our website’s Addiemails. Thats such a welcome outcome for us.So Happy to know that our Blogging Side has been received well.. END_OF_DOCUMENT_TOKEN_TO_BE_REPLACED